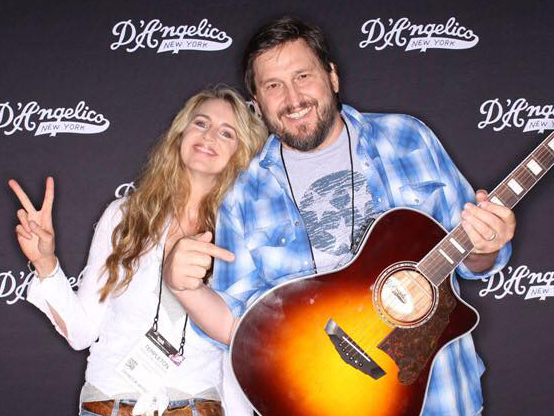 Sam Gay
Sam Gay began his music career in Memphis TN as a member of a hard working young cover
band. He became interested in the recording process after the band's first recording session at
Ardent Recording Studios. Soon after, Sam began acquiring whatever recording equipment he
could afford and turning his parents' living room into a recording studio/rehearsal hall.
Eventually, he was tapped to produce several independent record projects- one of which,
landed on the Billboard Hot 100 Country chart.
In 1989, he moved to Nashville. He was signed as a staff songwriter at the Acuff-Rose
Publishing company where he wrote "Me And The Moon" which was recorded by Bryan
White on Bryan's million-selling debut album. Sam has also been a staff writer at Hamstein
Music Group, Bluewater Music, Edisto Music, and Corlew Music Group/Windswept Pacific
Music. His songs have been recorded by Little Texas, Montgomery Gentry, Bryan White,
Johnny Rodriguez, Ricky Van Shelton, Bonnie Bramlett and others. His song “Take The
Wheel” was a top-10 single for Canadian artist Deric Ruttan. Recording song demos gave
Sam the opportunity to work with Nashville's very best session players and engineers in
world-class recording studios and to further hone his production skills. He is the long-time
producer/co-writer and sideman for Templeton Thompson.
Sam's list of musical influences is long and varied. “I'm a big music fan and still listen to
everything from Roy Acuff to ZZ Top.” He lists singer/songwriter Mac McAnally, guitarist
Larry Carlton and “everything that came out of Southern California from '71- '75” as his
musical center of gravity.
Sam's musical compositions and recordings have been used in numerous television programs
and commercials. He composed and recorded musical cues for the DVD series “7 Clinics with
Buck Brannaman”. Recently, Sam composed and recorded original music for the
documentary “Dogs On The Inside”.